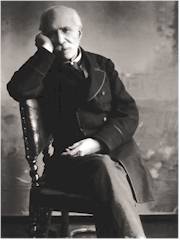 Manuel Patricio García (Manuel Patricio Rodríguez Sitches; 1805-1906), professor of voice at the Conservatoire de Paris and at the Royal Academy of Music (London) and inventor of the laryngoscope, was one of the most relevant personalities in the history of opera. The son of the tenor and composer Manuel del Pópulo García (1775-1832), he was born in Spain, although, having lived in Madrid for nearly a decade, he spent the first quarter of his life travelling around Europe and the Americas, accompanying his parents, both of them professional singers. Both of his younger sisters, María Malibran and Pauline Viardot-García, also followed the family’s musical path and eventually became two of the best known and appreciated professional singers in bel canto Europe.

His father, Manuel García the Elder, an extraordinarily brilliant and industrious tenor, composer and professor of singing, introduced the young Manuel to opera and insisted upon him -as well as his sisters- obtaining an all-encompassing musical education, taking lessons from professors such as Giovanni Anzani and Anton Reicha. As the family lived in Naples, Paris and London, they were in constant touch with musical personalities such as Gioachino Rossini, Angelica Catalani and Giuditta Pasta, among many others. Despite this, the young García was always more inclined to studying the voice as a physiological and scientific phenomenon, as well as to teaching vocal technique to prospective singers, than to becoming himself a professional baritone. As he developed his teaching career, first at the Paris Conservatoire, and later on, after the 1848 French revolutionary upheavals, at the Royal Academy of Music, in London, as well as at his private studio, he won a reputation for being one of the most inspirational figures in the operatic landscape. Some of his most reputed students -besides his own younger sister, Pauline (contralto)- were the soprano Jenny Lind and the mezzo-soprano Mathilde Marchesi.

Between 1840 and 1847 he published the first edition of his singing method, the Traité complet de l’art du chant, where he analysed the singing voice’s essential mechanisms, also reflecting his experiences and intuitions related to the overlapping of vocal registers and the differences between the timbres. As he used to teach men (tenors, baritones and basses) as well as women (sopranos, mezzo-sopranos and contraltos), the treatise reflects the differences in voice emission (he loathed the term “voice production”) as they affect the feminine and masculine vocal spectra.

Teaching and providing advice to professional musicians was one of his passions, but he always pursued a keen interest in everything related to the medical sciences and, in particular, to the vocal system’s mechanisms. After being obsessed for years about the possibility of seeing the functioning of the vocal chords, in 1854 he devised the possibility of achieving this, using a long-handled little mirror as well as a bigger one, which would reflect the light onto the patient’s throat during the examination. His experiments using these devices were successful and he presented his discoveries at the London Royal Society of Science in 1855.

Primitive laryngoscope in the second phase of its development.

According to former pupils and biographers’ reminiscences, Manuel Patricio García had a generous and lively character, fond of fun and laughter, but also demanding and perfectionist in everything related to the musical art and the search for an earnest and healthy vocal technique. He used to be austere in his habits, quick in his movements, elegant in his manners and full of energy to the last day of his life, which was extraordinarily long, even for today’s standards, as he lived for 101 years. 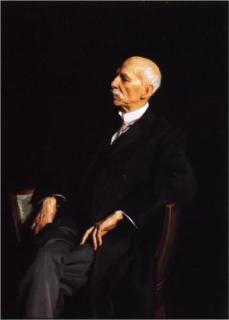 You are welcome to quote this text following MLA guidelines for scholarly articles and websites.